If you are claiming compensation for injuries caused by another party’s negligence, such as a motor vehicle accident or a slip and fall accident, it makes sense to retain an experienced Montrose personal injury lawyer to represent you. Insurance companies do not have your best interests at heart, and when you deal with them directly, they are likely to offer a settlement that is far less than you deserve.

Mark S. Rubinstein has decades of experience representing clients in Montrose and other Colorado communities. He is uniquely qualified by his professional experience to represent you in a personal injury claim.

Mr. Rubinstein genuinely cares about his clients’ legal concerns, and he will give your case his personal attention — not hand it off to a paralegal or associate. You can have confidence that he has the experience, skills, and dedication to protecting your rights and interests.

We help our Colorado clients pursue compensation in a range of personal injury matters, including:

What Can I Expect?

After someone has injured you due to negligence in any of the above scenarios, an insurance company employee may reach out to you to discuss the incident. We strongly advise you not to speak to them before consulting a Montrose personal injury attorney.

Despite the many commercials where insurance companies claim to be a good neighbor who is looking out for your welfare, the truth is that insurance companies exist to make money. And every time they pay out large claims, it hits their bottom line hard. So when they call, they are not necessarily trying to help at all. Shortly after an incident, their goal is to get you to settle the case for as little money as possible. They know that if you do not have a Montrose personal injury attorney, you probably have no idea what your claim is worth. And when you are in pain after an accident, any amount of financial help can sound like a lifeline.

Do not fall for it. They are trying to get you to settle your case early for as little money as possible because they know that once you take a settlement offer, the law prohibits you from returning later and asking for more.

For instance, suppose that Diane is injured in a car crash where the other driver was at fault. The other driver’s insurance company might reach out to Diane shortly after the crash. During the call, Diane thinks that the insurance adjuster is quite friendly and answers a bunch of their questions. The adjuster then makes a settlement offer of $50,000 that sounds really good to Diane at the moment. Her spinal injury has cost a great deal of money so far, and she could really use the help paying off her doctor’s bills.

But what Diane isn’t thinking of at the moment is that her injury can end up costing her 10 times that much money down the road, and if she accepts the initial offer, she can never go back and ask for more. Diane is not an attorney or an insurance adjuster, and she has no idea that several factors may be financially devastating in the future. Your Montrose personal injury lawyer is there to help you avoid making this type of enormous mistake.

How Can My Lawyer Help?

Your attorney knows all the tricks and tactics insurance companies use to get you to settle for a lowball offer early in the game. Your legal practitioner will:

Most cases settle before ever going to court. Your Montrose personal injury lawyer knows how to properly evaluate your damages and get a fair settlement that includes:

Please note that punitive damages are fairly rare. That is because the goal of punitive damages (unlike all other damages) is not to make the victim whole, but to punish a defendant that acted in a particularly egregious manner.

Get the Legal Help You Need in Montrose 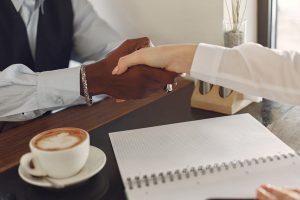 If you were injured because of someone else’s negligence in Montrose, Mark S. Rubinstein, P.C. can help. Our experienced legal practitioner also handles criminal charges defense cases.

Our Office in Montrose, Colorado

Montrose became a town in 1882 after the Ute Indians were removed from their land to a reservation in Utah. It had several other names before Montrose, including Pomona, Dad’s Town, and Uncompahgre Town.

The town was originally founded to provide supplies to mining communities, but with the decline of mining, the area became an agricultural community. The Gunnison Tunnel was constructed and opened in 1909 to provide irrigation to the valley. When the Denver and Rio Grande Railroad Company built its railroad from Denver to Salt Lake City through Montrose in 1882, the town became a hub for commerce and transportation.